Back in Nani house…

Summer Vacations…. Brings back memories of all cousins getting together at nani house for 2 months;

of sweet sweet watermelons and mangoes;

of silly and creative games that the 5 of us designed;

Some of my fondest childhood memories are of those two months spent in nani house. And we (me and didi) keep telling stories of our mischiefs during those two months to Nandini. How nana used to put up a big swing in the quadrangle and all of us used to be on it at the same time! How Bittu mama and mummy used to make a boat of bedsheet and all three of us (me, sonu maasi and chinu maasi) used to sit inside it and cross the imaginary river running between rooms :). Ah! I wish those days, when imaginary tea served in toy cups tasted amazing, would never have ended!

And right now in Nandini’s childhood, we have the opportunity to recreate similar experiences for her and since there are no other kids, the chance to relive our childhood :).

We are back in nani house. Nani has made all the sweets to welcome the gang and nanu brings sweet sweet summer fruits everyday when all we want is a different ice cream for each day :P. But he still tries.

Every day is a day for a new activity… Making doll house using empty cartons and paper shopping bags… learning gardening and planting new seeds; every day we take our picnic basket out in the park. Some days nanu takes us for excursions outside and also some trekking!

And that’s how the story goes…

That’s how Neelesh Mishra ends his story every evening. His show ‘Yaadon ka idiot box’ is the only show that I look forward to, on the radio. The regular FM channels are now just a few songs in between a lot of advertisements. And these days in Gujarat, it’s become particularly difficult to listen to radio as its predominantly mudslinging between Congress and BJP.

‘Yaadon ka idiot box’ is a radio play narrated and enacted only by Neelesh Mishra. The stories are regular, everyday stories from your or my life. The characters live in a fictitious small town called yaadshehar (यादशहर) created by Neelesh Mishra himself. A small town where all of us had once lived. Its neither too far nor too close. It’s in a time when  only Sharma uncle’s house had the telephone in the whole locality and everyone would go to Sharma uncle’s home attend calls. There were black and white televisions with wooden shutter doors (Oh! How I wish I had a picture of our’s). I still remember how mummy used to clean the screen and then close the shutter :). Every night after the prime time shows. 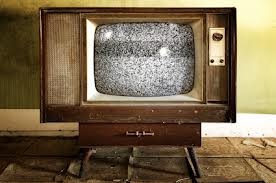 I don’t have a picture of our antique B&W TV, but this one comes fairly close 🙂

I discovered ‘Yadon ke…’ By chance and now, as much as possible, I try to be cooking during its airtime so that I can listen to it without any interruptions :D.

I don’t know if many would remember “hawamahal”, a radio play that used to (& still does) come on Vividh Bharati ( the DD equivalent of radio). Hawamahal is mostly comic story lines and there is a whole cast with different characters being played by different people. Unlike ‘yaadon ke …’ there is no narration.

When we were kids, we lived on the 1st floor and had a huge balcony-terrace. There was a tall eucalyptus tree, extending way beyond our terrace, on one corner. Every night after dinner, all four of us used to sit in that corner, enjoying the night breeze and listening to hawamahal on our antique radio! It was a red and silver color radio set, with three buttons, one for tuning, one volume and one power.

Those were the days of black and white TVs with wooden shutters & no remotes (there was only one channel so no issues of changing channels:)); small radio; one telephone and those were the days when we had time to sit together and enjoy a radio program and not just limit it to drive time.

I miss my childhood. 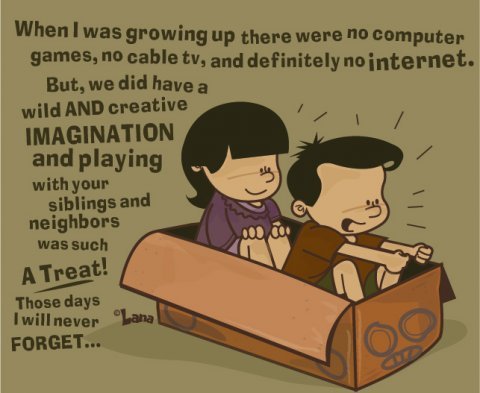 It was so much fun back then!

Lies of our childhood

Never tell a lie (else your nose will extend like Pinocchio!). This was and still is a consistent teaching from my mother. But during this vacation, while trying to make my 5 year old niece eat her food, I realized that our childhood is full of lies.

Oops! I swallowed a seed!

And as innocent we are as children, we believed in them. I don’t remember even once challenging them. Things like don’t eat the seeds of a fruit else you will have a plant growing inside. I still remember on days when I accidently swallowed a seed, I actually used to dream at night that there will be branches and leaves coming out of my ears and nose when I wake up.

Or don’t go outside the gate alone; there is a baba on the street who takes away children.

The maximum lies were in food items. I used to hate yellow moong dal and love yellow urad dal. To make me eat that moong dal , my mom said it’s chota urad (small urad dal) and after that I ate it.. Despite the fact that I still didn’t like it’s taste, just because it was the smaller version of a dal that I loved I ate it. And this is the lie that I believed in till I went to college and fellow students in the mess told me that there is nothing like a chota urad and that this is moong dal.

Then another one that I remember was for arbi (colocasia). She made me eat it saying it was potato! Though I am proud to say they weren’t able to fool us for baingan, lauki, torai, tinda etc (eggplant, bottle gourd, snake gourd etc) :D.

A recent retort by Nandini (my niece) to didi made me realise not only were we innocent, we were also outright stupid :).

Didi: You should not eat while lying down.

Didi: If you eat while lying down; all the food goes in the donkey’s stomach.

Nandini: It’s okay mama. Even the donkey should get to eat. 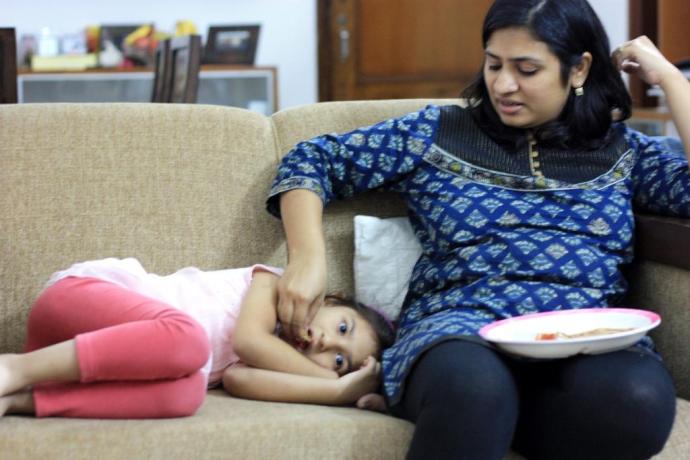 It’s okay mama even the donkey should get to eat!

There was obviously no reply to this one and we all just started laughing. Laughing at her response or laughing at the fact that all through our childhood our mother was able to fool us with this! 🙂

And then there are the bigger lies of Tooth fairy and Santa Claus. Of course these lies were for our own good. I sort of agree to a fellow blogger’s argument that it’s not lying; it’s parenting!

And come to think of it what would childhood have been without the ‘Lion’ who was always hiding behind the sofa ready to leap if you didn’t finish the bite!